Stephen has been actively involved with the refugee community since 2005 and currently serves as Branches of Hope’s Refugee and Asylum Seeker Pastor. He holds a BA in Bible and Theology and is currently pursuing his Master of Divinity.

Karen is our Children’s Pastor. We believe that kids are the church of today, not tomorrow and that’s why we train them to be citizens of God’s Kingdom today 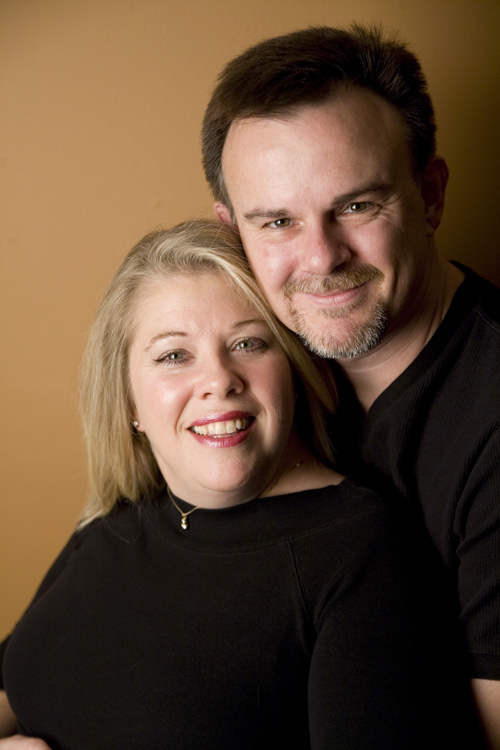 Stephen and Karen Negus first met in 1988 when serving on the mission field with Youth With A Mission (YWAM) in Hong Kong .

While studying at Bible School in South Africa, Stephen felt the Lord calling him to the mission field. Specifically he had a longing to go to Asia. As a result, in 1987, after he graduated from ICI (now Global University) with a Bachelor of Arts degree in Bible and Theology, he left for Asia where he worked with mobile evangelism teams based out of Hong Kong.

When Karen was five years old a missionary came and talked to her Sunday School class in Chicago, Illinois. She doesn't remember what they said, but the Lord touched her that day. Afterwards she remembers running up the stairs and telling her mother with excitement, "I'm going to be a missionary when I grow up". From that day forward she longed to go to the mission field and tell people about Jesus. In 1988 that vision became a reality. After graduating from Trinity Christian College in Palos Heights, Illinois with a Bachelor of Arts degree in Education, she too left for Hong Kong to work with mobile evangelism teams.

While in Hong Kong, Stephen and Karen felt the Lord beginning to birth a vision in them to work with missionaries in a pastoral role. They returned to the United States in 1990 to get married, anticipating that they would be back on the mission field shortly after their honeymoon. However, the Lord had other plans.

For the next thirteen and a half years the Lord took them through what they call the "school of life", building character in them and maturing them in preparation for the ministry that lay ahead. Their strong desire to return to the mission field kept them going through many tests and trials.

While living in the United States, Stephen and Karen were members at Oak Brook Christian Center (now Oak Brook Community Church) in Oak Brook, Illinois andVictory World Church in Norcross, Georgia. In both churches they ministered in many different areas as the Lord moulded and shaped them to prepare them for the future. They led a Young Married's Cell and Family Life Group, co-led a marriage class, helped with Vacation Bible Schools, taught Sunday School, Foundations of Faith, AWANAS and Christian Growth Institute. They also volunteered in the nursery, web development, multi-media, and drama ministries, and led mission teams to Guatemala, Mexico, Suriname and India. Before leaving for Hong Kong, they were the Missions Directors at Victory World Church.

Stephen and Karen are truly humbled and honoured that the Lord has called them to bring the Good News to the nations of Asia. They are constantly reminded that, in and of themselves, they can do nothing, but in Christ they can do all things. They have purposed in their hearts to do only what they see their Father doing, and say what they hear Him saying. Their desire is that in everything they do, think and say, they would bring glory to their Father in Heaven.

One Voice for Asia

Support Stephen & Karen Negus (One Voice for Asia)
Stephen & Karen Negus are connected with Assemblies of God and they are one of their sponsored ministries. Donations are processed through AG Giving. AG Giving is the simplest and easiest way to donate to Assemblies of God sponsored ministries. Recurring schedules can be setup to streamline your giving process and you can rest assured knowing that your credit card data is securely stored.

Make your donation to Stephen and Karen here.
Support Branches of Hope

We invite you to consider sponsoring a child, individual, or family to help provide a healther life an brighter future for them. It takes one small lifestyle change to make a larger-than-life impact on someone else.

Send support from Hong Kong
Branches of Hope Ltd. is a tax-exempt charity under Section 88 of the Inland Revenue Ordinance. As a registered NGO, contributions of HK$100 or over (up to 35% of an individual's income) qualify for tax relief and you will receive your receipt at the end of the tax year.